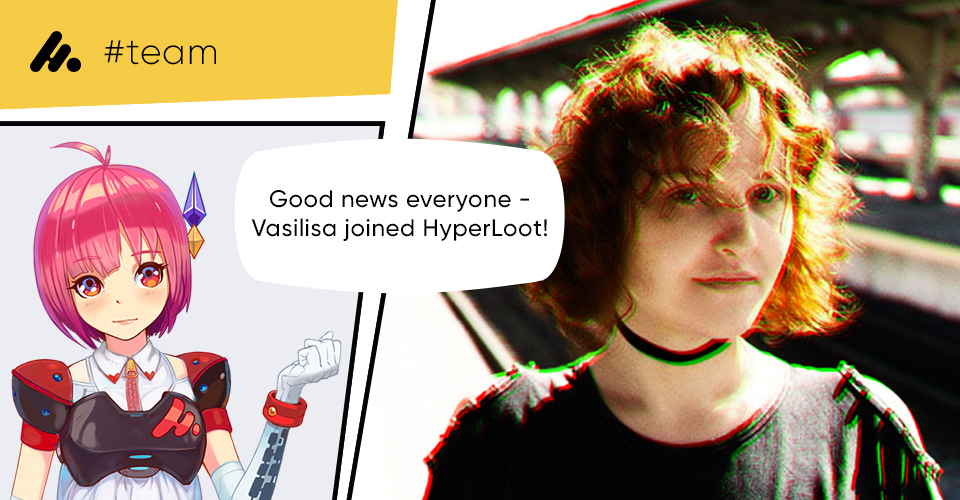 Hey everyone, I’m Vasilisa, and I’m sure that you’ve all been dying to know what I’m up to these days :-) For those of you who don’t know me, let me just say a few words about my background and where I’m at.

My career experience includes Russian state-owned companies, as well as smaller comfy blockchain startups and large private corporations. No matter where I worked, I always found a way to experiment with new technologies. I’m a frontend developer, and I just LOVE doing it. I started from the very basics, designed simple layouts and made visualization. Then I moved on to more exciting challenges, such as WebRTC, working with cameras, or metasensors. Later I fell in love with 3D graphics and WebGL, an amazing combination of web and 3D, augmented reality, virtual reality (WebXR), sophisticated landing pages and visualization. Next on my list were voice recognition, voice generation, geopositioning, p2p technology — all parts of an unbelievably big and fascinating jigsaw puzzle.

Now we are moving on to Part 2 of my background: gamedev. When I was a young kid, I tinkered around with Warcraft III World Editor, writing user mods. JASS in Warcraft III was what got me started in programming. At one point of my life, those paths, i.e. web development and game development converged. The first thing I created when I got into web development + 3D were web-based games. Alongside with my main work, I invited talented guys to make games together. It wasn’t a serious production, just playing around to hone our skills and learn to work as a team. One of our published games is hexcraft.ru, which, in my opinion, looks and feels great for a student project.

My idea of a web-based game is that it should have advanced graphics, be totally decentralized and based on blockchain protocols and services. Maybe, we could ask, a developer’s biggest dream is to create one’s own RPG? Ideally, a browser-based RPG with really cool graphics. When I was working on my dream game, I learned a lot and identified many issues that I wasn’t able to solve at the moment. Then I discovered blockchain. It gave me all the tools I needed to find solutions.

I learned about Hyperloot from Alex, whom I’ve got to know when we worked together on a project. It was Sasha who introduced me to blockchain. Blockchain fits every definition of what frontend is, it is the true bleeding edge. By the way, our latest project with Alex was a blockchain project as well.

You may have heard already about Hyperloot. It is a protocol that is used as a foundation for a marketplace where users can trade in-game items between games. As a gamer and game developer, I was hooked from the start. Hyperloot offers just the technology I need and want to see in my game projects. In my dream game, all in-game tools would belong to my users, that will be the key. I got to work on the project the same day I first heard about it. I was thinking over the visuals, the modules, the architecture, user experience, for hours. It was as if I kept on asking Alex and the guys, “Hey, let me do this and that, I want to do it all”. I guess you’ve seen the Hyperloot landing page already — that’s my work, and I am eager to develop it further.

Now I devote all my free time to working on several challenges for Hyperloot. The first thing I’m creating is a Telegram bot at boot.hyperloot.net. At first its purpose will be to engage people from the outside to join DAO. Later we are planning to use it internally, between the DAO members. The next challenge is the news portal at feed.hyperloot.net. It will be an aggregator service, a single point of entry for all Hyperloot news. It will automatically check token prices, game news and draw graphs.

Another upcoming challenge for me, something I’d love to get busy with in future, is an incentive system for DAO members. It will be the “face” and the core of DAO. All DAO members will be able to access this internal website to view their token balance, withdraw tokens and check how many tokens were credited to them and for what activity. My idea is that it will be a very simple game that the DAO members will be encouraged to play. At the moment, I’ve already developed the architecture concept and integrated it with github.

I’m proud of the work we’ve already done and can’t wait for more challenges and interesting puzzles to crack. More news to come!