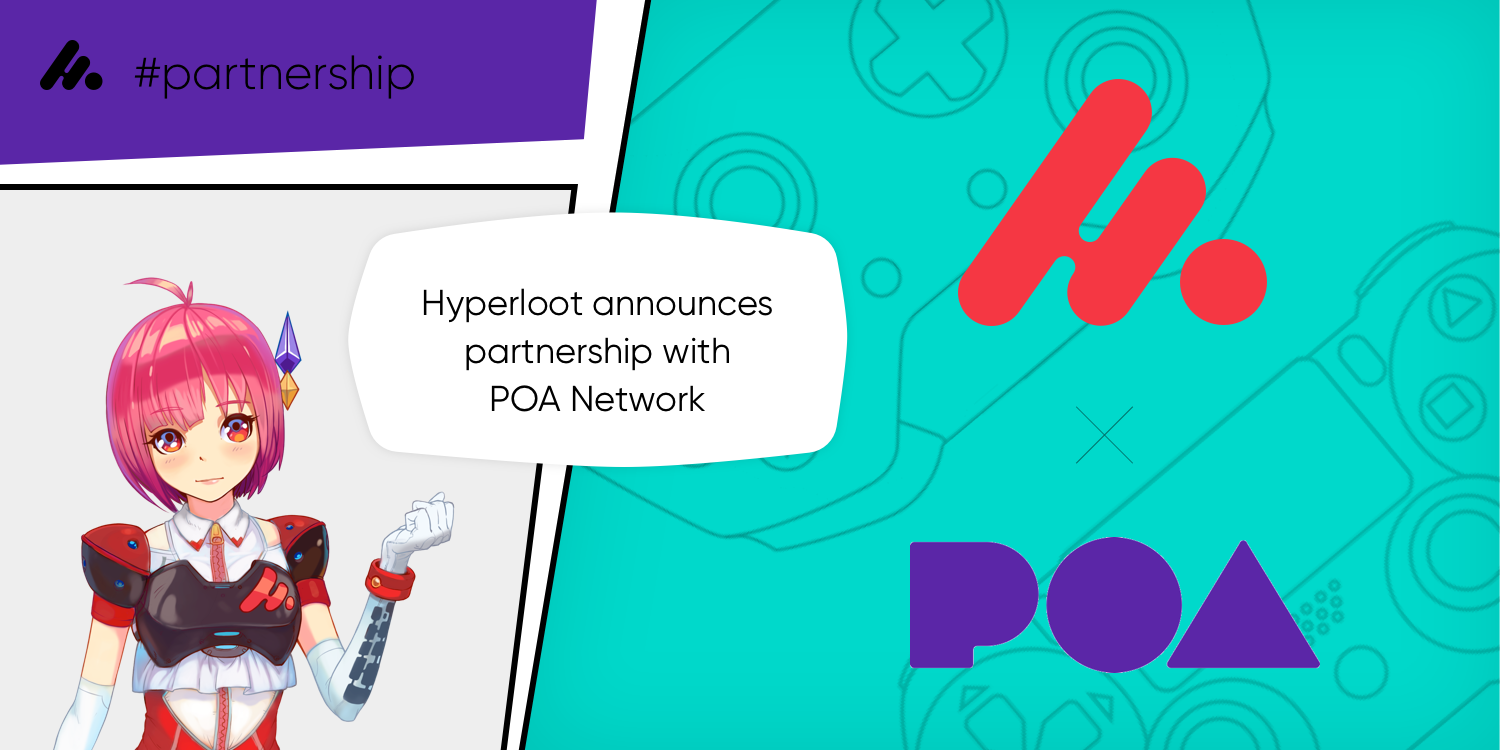 HyperLoot has partnered with POA Network to bring the new experience to gamers who use crypto wallets. The New Crypto Wallet does not only assist in cryptocurrency transactions across many games and virtual environments. It also allows visualizing the most valuable assets — in-game items.

In-game markets were largely overlooked before Fortnite broke the toxic spell of free-to-play and generated a fortune for its developers on purely cosmetic items and vanity moves. This is a good reason to expect exponential growth in creation and exchange of virtual goods on all platforms. It is especially important in the gaming industry, as the market of in-game spending is expected to reach 32 billion U.S. dollars in 2020.

Previously, lack of visualization hindered blockchain adoption in exchange of virtual goods. Thanks to HyperLoot Wallet, users can now see details of their items - from picture to metadata — when trading them, with no need to send long strings of code to each other.

As Igor Barinov, tech lead of POA Network said, POA’s dApps and overall design makes it incredibly suitable for the goals of making in-game items transactions successfully go mainstream. While HyperLoot has a goal of mass adoption among gamers, making our work in terms of UX layer a useful addition to the overall POA Network ecosystem. By working together we are sure to achieve a greater level of usability resulting in more partners and customers flocking to blockchain gaming applications!

The partnership was pre-defined by both design requirements and corporate DNAs of HyperLoot and POA Network. BlockScout, POA Network's solution, is the first, most up-to-date framework block explorer tool. Firstly, like other products of POA Network, it is an open source solution, readily available to the community of blockchain developers: they can connect to it and build the future of blockchain gaming on top of it. It aligns with HyperLoot goals: true ownership of in-game items and worldwide adoption of cryptocurrencies among gamers. Secondly, BlockScout supports ERC-20 and ERC-721 tokens. HyperLoot main token, HLT, is an ERC-20 token, and HTLM master tokens are based on ERC-721 interface.

Eugene Xata, HyperLoot Board Member, has commented: How will the world change after people realize that they are changing themselves? Faulty usability increases adaptation barriers for blockchain technology, which is capable to change the world, but this is not happening yet. We are making another step on the way to adoption of the new technology. Soon we’ll see if large businesses will be able to delegate digital private property rights to independent blockchain technologies. If it happens, we will see the long awaited booming consumption of blockchain-based digital goods.